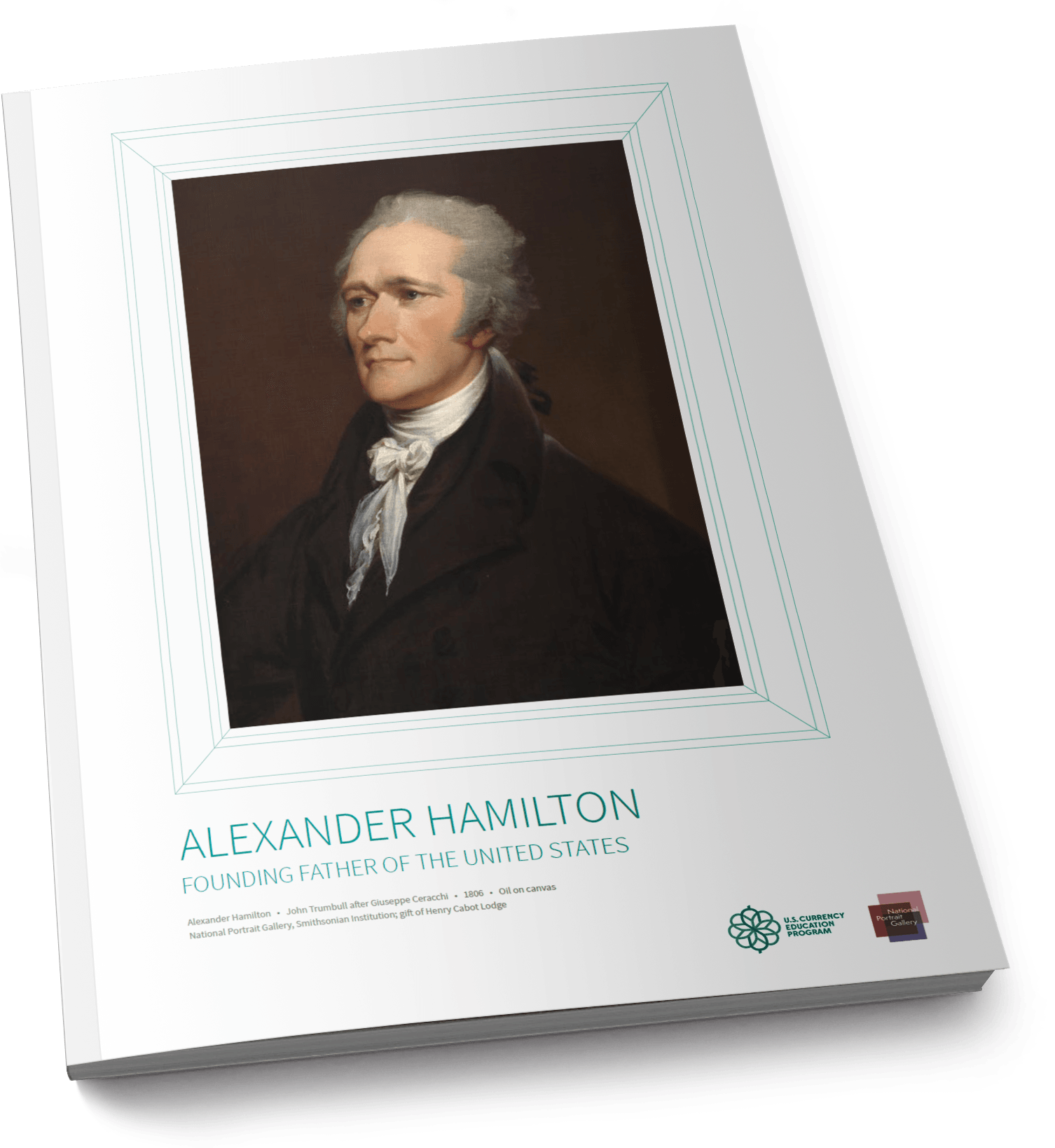 Founding Father of the United States 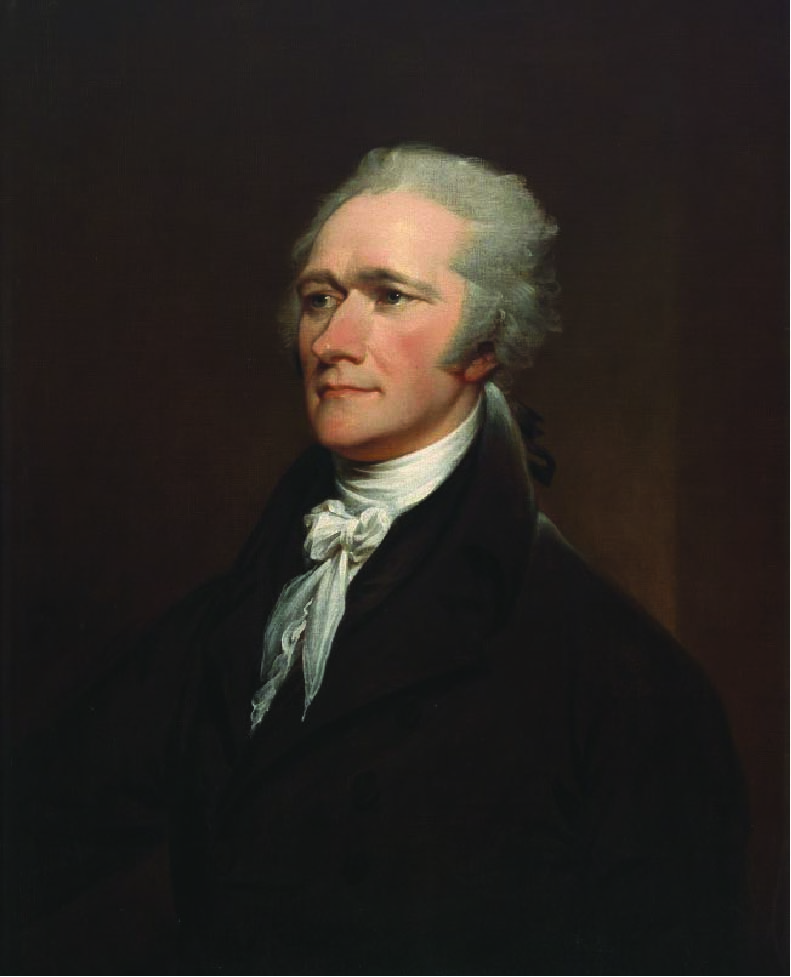 Born in the West Indies, Alexander Hamilton was orphaned at a young age. During his adolescence, he gained knowledge about international commerce while working as an accounting clerk for a local businessman. Hamilton moved to America in 1772 to attend King’s College (now Columbia University). Shortly after arriving, he began to speak in favor of American independence at public gatherings and to write revolutionary essays. It was while fighting in the Revolutionary War that he first caught the attention of General George Washington, who made Hamilton a trusted adviser.

Hamilton assisted in the ratification of the Constitution after America gained its independence from England. Alongside John Jay and James Madison, he co-authored the Federalist Papers in the late 1780s. The three men used these essays to defend ratifying the Constitution and to argue that a central government would preserve the Union and act firmly in the interests of the nation.

Impressed with Hamilton's expertise in economics, George Washington named him the first Secretary of the Treasury. While secretary, Hamilton tackled debt that had accumulated during the Revolutionary War, encouraged commerce and manufacturing, and helped establish the first national bank. His policies laid the foundation for a strong republic.

Alexander Hamilton's portrait was first engraved on $1,000 notes (Blue Seal) in the 1918 series of banknotes. These notes were not circulated among the public and were only used for large transactions between Federal Reserve Banks.

The portrait of Hamilton currently used for Federal Reserve notes was introduced in the 1928 series $10 note. This portrait is based on a John Trumbull painting displayed in New York City Hall.

John Trumbull was a skilled artist most known for his oil paintings of famous statesmen and events during the American Revolution. Born in Connecticut, Trumbull studied in Europe and later became president of the American Academy of Fine Arts. He painted multiple portraits of Hamilton, including the piece that covers this brochure. The painting was based on a 1791 marble bust portrait of Hamilton that was sculpted by Giuseppe Ceracci. 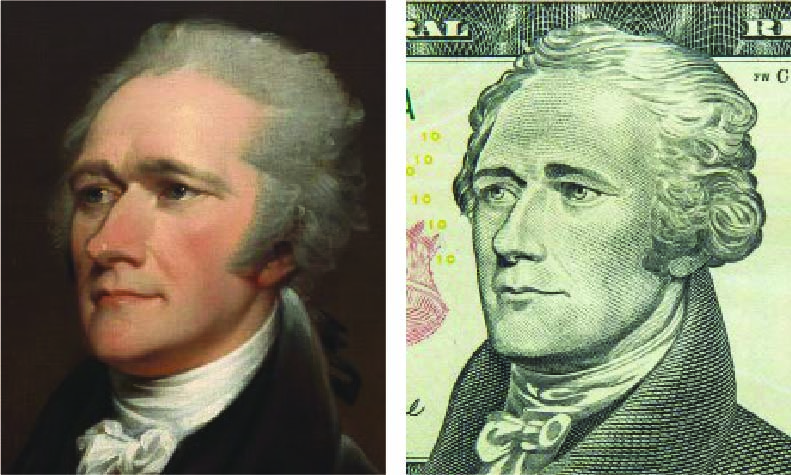 The Federal Reserve Board currently issues $1, $2, $5, $10, $20, $50, and $100 notes. Each note includes security and design features tailored to the way the denomination is used in circulation. The U.S. government periodically redesigns Federal Reserve notes to make them easier to use, but more difficult to counterfeit. It is U.S. government policy that all designs of U.S. currency remain legal tender, regardless of when they were issued. This policy includes all denominations of Federal Reserve notes, from 1914 to the present.

Security Features of the $10 Note 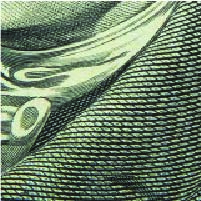 Move your finger along the note's surface to feel the raised printing. It should feel rough to the touch, a result of the enhanced intaglio printing process used to give genuine Federal Reserve notes their distinctive texture. 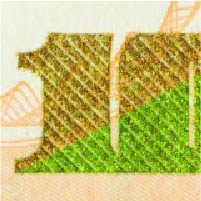 Tilt the note to see the numeral 10 in the lower right corner of the front of the note shift from copper to green.

Hold the note to light to see an embedded thread running vertically to the right of the portrait. The thread is imprinted with the text USA TEN and a small flag in an alternating pattern and is visible from both sides of the note. The thread glows orange when illuminated by ultraviolet light. 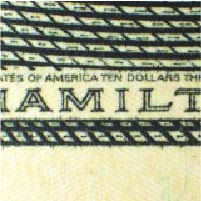 Look carefully (magnification may be necessary) to see the small printed text THE UNITED STATES OF AMERICA and TEN DOLLARS USA below the portrait and inside the borders of the note and USA 10 repeated beneath the torch.