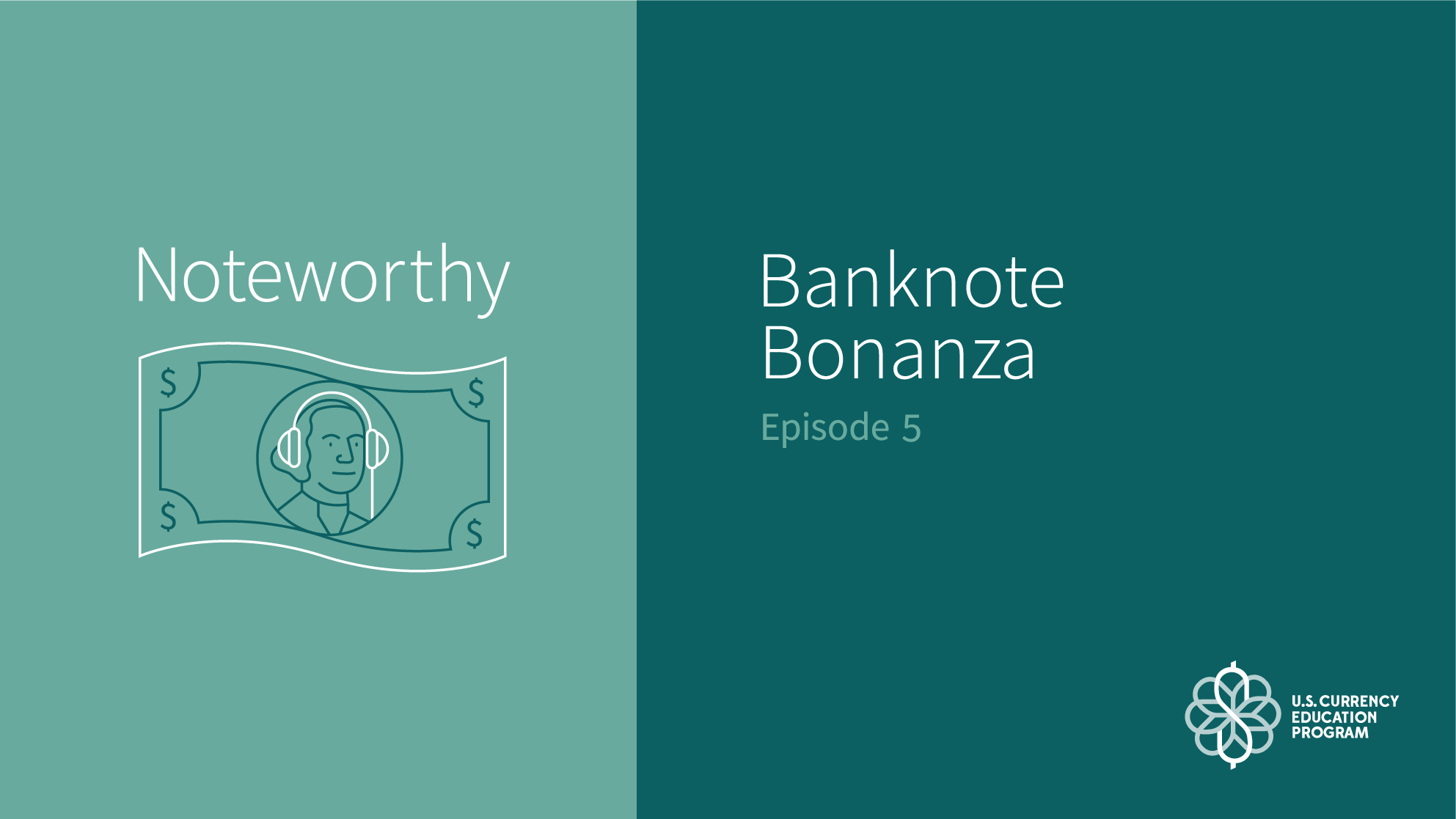 ALEX: Hello, listeners! Thank you for joining another episode of Noteworthy, a podcast from the U.S. Currency Education Program. Today we are going to explore the history of paper money in the United States. Joining me is Claire.

CLAIRE: So Alex, where should we even begin? Paper money has been around since the birth of our nation.

ALEX: Great point Claire. I think what many people don’t realize is that after the Revolutionary War no widely circulated federal government-issued paper money existed until the Civil War. During that period, a number of different groups issued paper money.

CLAIRE: It was a time in U.S. history when states, private banks, railroad companies, stores, churches, and even individuals issued their own paper money. Between 1790 and 1865 an estimated 8,000 private organizations, at one time or another, issued their own banknotes.

ALEX: You can imagine how difficult it was for consumers to know which money they could trust!

CLAIRE: Aside from confusing consumers because of the different sizes and designs of banknotes, it was also challenging because banknotes did not always trade at their face value. For example, a $1 note issued from a bank in Maryland might only be worth 75 cents in New York.

ALEX: Right. Discounts on the face value of a note could depend on a number of different factors, including the perception of the issuing bank and the distance between the issuing and paying bank. All of this made it difficult for consumers to know the value of the banknote they were holding.

CLAIRE: No kidding. I can’t imagine keeping track of all of those different pieces of information. It would make transacting business really complicated.

CLAIRE: Speaking of counterfeits, one thing we haven’t mentioned is that counterfeiting of banknotes was widespread during this period! Believe it or not, at the end of the Civil War, just hours before he was assassinated, President Abraham Lincoln signed an executive order to create the Secret Service, which was originally founded as a branch of the Treasury Department to combat counterfeiting crimes.

ALEX: Some estimates say that between one-third and one-half of all currency circulating at the time was counterfeit! I can’t even imagine!

CLAIRE: Things became a little less complicated when the National Banking Act of 1863 created a uniform national currency in the form of national bank notes. These national bank notes were issued by nationally chartered banks and were seen as low risk for consumers because they were backed by U.S. government bonds.

ALEX: Many years later we arrived at the Federal Reserve notes that we currently use! There is some interesting history between the National Banking Act of 1863 and where we are today, but we will save that for another episode.

CLAIRE: For anyone interested in learning more about the history of currency in the United States, visit our website uscurrency.gov. Once again, thanks for listening to