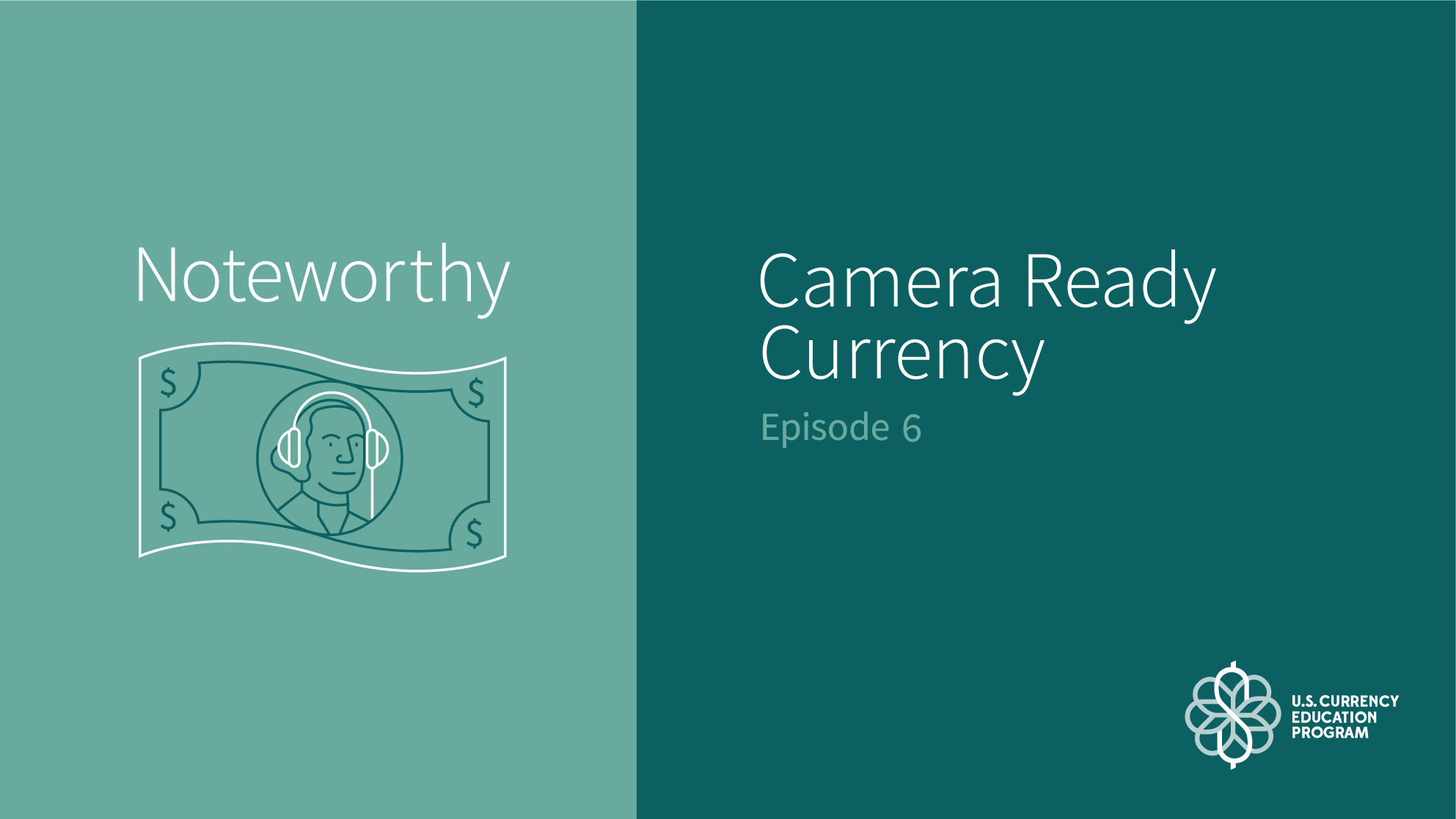 ALEX: Hello, listeners! Thank you for joining episode six of Noteworthy, a podcast from the U.S. Currency Education Program. I’m Alex and during this episode we’ll be discussing how and when you can use photos of money. You might be wondering, “Why would I need photos of money?” Don’t worry, we will cover that soon. Joining me is Elizabeth.

ELIZABETH: Hello everyone! So, Alex, I have to say, I’m kind of surprised by the topic of today’s episode. I’m having a hard time thinking of a situation when I needed photos of currency.

ALEX: That’s understandable, but you would be surprised to learn that we frequently get questions about currency image reproduction. That’s because businesses are often looking to feature money on advertisements, brochures, commercials – you name it.

ELIZABETH: That’s a good point. It actually reminds me of this movie I watched just the other day. At one point there was a suitcase full of money displayed, and I found myself wondering whether or not it was real cash.

ALEX: Good observation, Elizabeth. If you start looking for it, you’ll notice there are many movies, television shows, and music videos where cash makes an appearance. But, as you might imagine, there are laws about how the image of cash can be used.

ELIZABETH: Let me guess, you should write “fake” on the back of the banknote image?

ALEX: Not quite, but there are three main rules that need to be followed. The first rule to remember is about the size of the reproduction. It should be less than three-fourths or more than one and one-half of each part of the item illustrated. When this is done, your banknote image will appear significantly smaller or bigger than a real dollar bill.

ELIZABETH: That makes sense. If the reproduction is way bigger or smaller than real money, it would be really hard to confuse it for the actual thing.

ALEX: Definitely. The next rule is that the reproduction should be one-sided. This is easy to achieve, especially if you are printing a brochure or advertisement. In those scenarios, it is unlikely you would make your currency image double-sided anyway.

ELIZABETH: Again, I think this just helps people understand you are not trying to counterfeit money! I think most advertisements or printed images of money would only feature one side of the bill, just like you said.

ALEX: Last but not least, it’s important to destroy all files used in the making of the currency illustration.

ELIZABETH: That seems easy enough! I bet this is to make sure that the files don’t end up in the wrong hands.

ALEX: Correct! And there you have it – that’s a brief overview of how you should proceed if you need to use images of currency in the future.

ALEX: Sounds right to me! If you have questions about the laws for reproducing images of currency, visit our website, uscurrency.gov, for more information.

ELIZABETH: Until next time, thanks for listening to another episode of